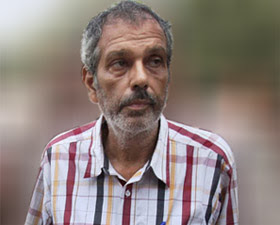 Letter to Friends and Relatives from Tihar Jail-3

The following letter reached us late. We are thus belatedly publishing it for the benefit of our readers in general and Kobad Ghandy’s friends and relatives in particular.

This is to thank you all ever so much for the support you rendered, in so many ways, against the harassment I have been facing since the past nine months due to routine three-four monthly jail transfers.

This method of routine jail transfers is a notorious weapon of harassment (earlier used as a form of punishment), more so at my age, with all my serious ailments.

One can say it was intended, consciously or unconsciously, to cripple me or, even worse, to see that I do not come out alive. And sending me to Jail-8, which has one of the worst living conditions of all High Risk wards (and maximum deaths compared to the other nine jails), was the proverbial last straw.

Though my health was already frail, I had no alternative but to resort to hunger strike, as all my appeals in this regard since the last year (and to be put in the Senior Citizen ward since three years), had fallen on deaf years. It was the prompt action by all of you that saw me back in my earlier cell and prevented the decline in my health becoming irretreivable.

By the sixth day of my fast, on June 4, my condition had seriously deteriorated. I was continuosuly dizzy and nauseus, my BP had dropped, my was reduced six kilograms, and even two bottles of intraveneous drip that day did not help much. By the evening of that day I felt my health may not be able to take the strain much longer.

But fortunately that very evening the DS (of Jail-8, all of whose staff showed consideration about my health) told me that I was to immediately move back to Jail-3. This time, with all the assistance given, I came back to my earlier cell (with the facilities) in Jail-3. It was 9.30 pm, and it was then that I broke my hunger strike with food given by neighbouring inmates.

Such quick results would have been incon-ceivable (I am not yet sure about the assurance to not be transferred in the future) had it not been for your tremendous support outside, and the jail authorities realising the extent of inhumanity involved. Though the DG-Prisons seems a humane person (just a month earlier he had positively intervened in a complaint against the smo on my health issues), bureaucratic procedures, like such transfers, function machine-like, with no conside-ration for individuals, just numbers; so a 25-year-old petty-bladebaz and myself get put on the same plane.

For my quick return I thank you all very much.

Special thanks must go, first and foremost, to those who helped carry the message out (inmates and others); second, to the lawyers who put in enormous efforts; third, the journalists, particularly those who helped make it a human and social story nationally (I am told); fourthly, and most importantly, relatives and friends who showed the type of concern one rarely sees; and finally all the many silent (and not-so-silent) supporters who enabled the drops of support become an ocean of sympathy.

Last but not the least, though I am still to know what transpired outside, a special thanks to the PUDR which is said to have negotiated some agreement. I, of course, may not know for some time as to what transpired, as I have discovered they have stopped my mulaaquat for 15 days (first time ever) and a PUDR representative was turned back from the jail gates on Tuesday (June 9).

This is not a positive omen (I gathered this from a phone call the next day), and so your support may be needed in the future. But, for now, a peaceful resolution to a painful problem has been settled, the details of which I will know later.

Meanwhile, the Delhi case drags on and on, with no end in sight; maybe the Delhi judiciary/lawyers need to take a lesson from the Marathi film ‘Court’.

P.S.: On June 11 the Law Officer visited our ward and verbally assured me that I would not be transferred; but here verbal assurances need further confirmation.