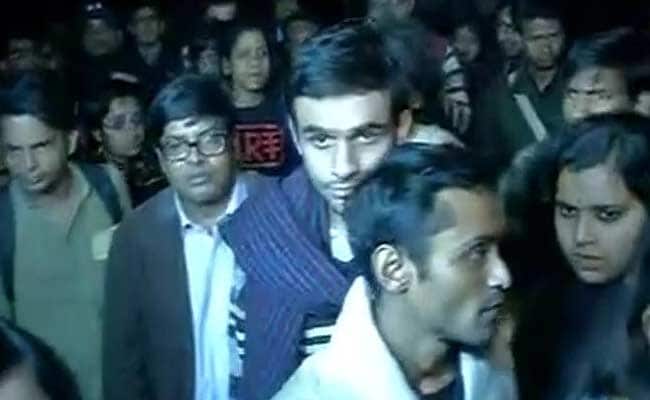 Faced with a wave of arrests and attacks on students and faculty at Jawaharlal Nehru University in Delhi on charges of sedition by the reactionary authorities of India, the Galician Committee for Supporting People's War in India wants to show their solidarity and support to couple to refuse to wave repression unleashed by the government ultra reactionary and fascist premier Modhi.
Many masses are mobilized in support of the detainees and against the anti-people and repressive laws, a government that leads millions of people to hunger and suicide, that is to plunder the country's mineral wealth, leaving them in the hands of foreign multinational mining that the destorzan fields and villages. The same government that let companies like Monsanto ruined thousands of farmers with their crops modified seeds.
That is unworthy of the government false "patriotism" and accusing the students and teachers of sedition for expressing their legitimate protest against such oppression.
From Galicia, we say that we are with them and their just struggle, which is the struggle of all peoples against imperialist oppression.

The Rebellion is justified!
Forward the struggle of JNU!
Freedom for the student leader Kanhaiya Kumar and Professor GAR Geelani and other detainees.
Freedom to political prisoners!
Outside of Hindu fascism Modhi of JNU!

INDIA: Meeting on the institutional murder of Rohith Vemula