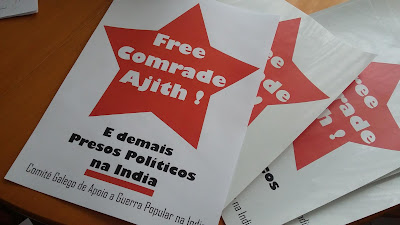 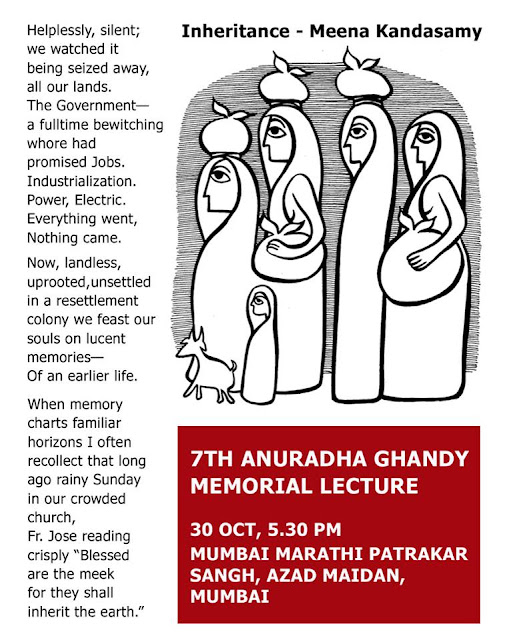 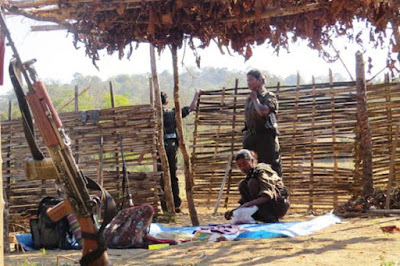 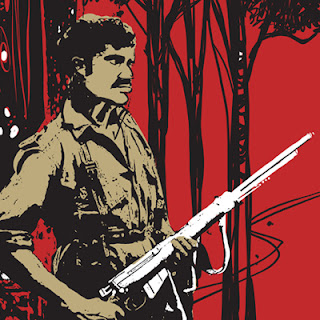 The AIFLU is flourished!
Marxism‐Leninism‐ Labour class fights will be flourished !!
All Indian labours are to be united!
We should fight for the State of labour domination without having social, communal, and economical inequalities !!
Postado por Comité Galego de Apoio a Guerra Popular na India às 1:16 p. m. No hay comentarios: 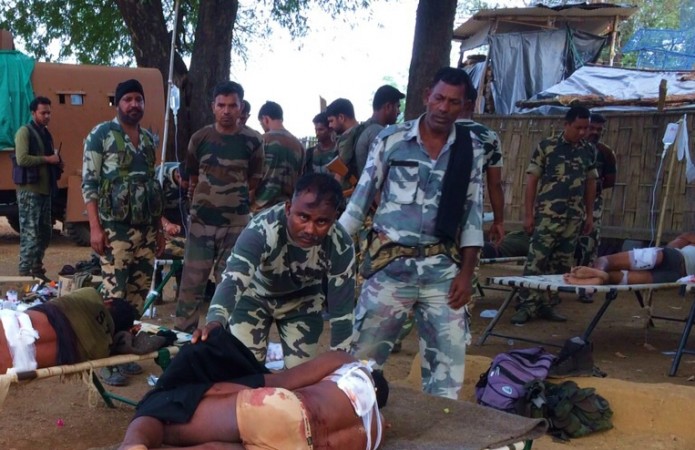 IANS, Hyderabad.
Hundreds of activists from Left parties and other mass organisations across Telangana were arrested on Wednesday to halt their march to the state assembly to protest killing of two Maoists by police.
Leaders and workers of various organisations were detained in different districts to prevent them from heading to Hyderabad for participating in the march called by the Telangana Democratic Front (TDF).
Academician Chuka Ramaiah was kept under house arrest in Hyderabad but he said arrests will not stop the movement.
The assembly building in the heart of the city virtually turned into a fortress as police imposed restrictions on all roads leading towards the assembly. A large number of policemen were deployed in the area to prevent protesters.
Tension prevailed at Osmania University as students gathered on the campus to march in violation of the prohibitory orders imposed by police. Policemen in riot gear were deployed at the gates to prevent students from coming out.
Scores of students and their leaders were arrested at Osmania University and Nizam College hostels since Tuesday night.
Police denied permission to the march on the ground that Maoists may participate in it and indulge in violence.
Those arrested in districts like Warangal, Khammam, Mahabubnagar, Karimnagar, Medak and Nalgonda include women and students.
Raising slogan against the government and calling for an end to “fake encounters”, the protesters took out rallies in different parts of the state.
Communist Party of India-Marxist Telangana state secretary T. Veerabhadram said 3,000 to 4,000 activists were arrested across the state. He termed the arrests as undemocratic.
Maoists Shruthi and Vidyasagar were killed near Medaram of Warangal district on September 16. It was the first such killing after the formation of separate Telangana state last year.
Terming it as a “fake encounter”, 370 organisations, including 10 left parties and the groups which fought for separate Telangana state, have come together under the banner of TDF to condemn the killings. It is demanding probe by a sitting judge.
While denying permission for ‘chalo assembly’, police said it was reliably learnt that TDF was formed at the instance of CPI-Maoist and the programme was being organised in support of its cause and the ideology.
Police apprehened that Maoist cadres, supporters, sympathisers and activists of all mass organisations of CPI-Maoist from Telangana, Chhattisgarh, Jharkhand and Andhra-Odisha border will reach Hyderabad in large numbers and indulge in large scale violence.
Postado por Comité Galego de Apoio a Guerra Popular na India às 6:01 p. m. No hay comentarios: