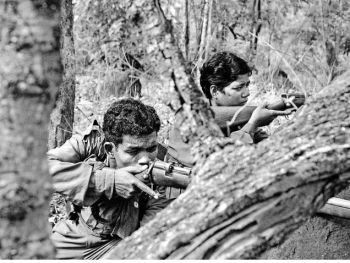 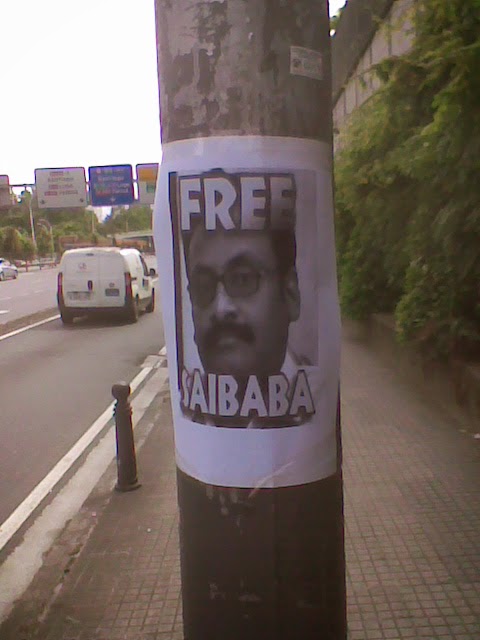 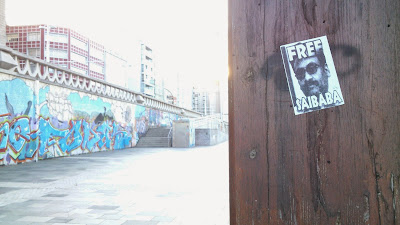 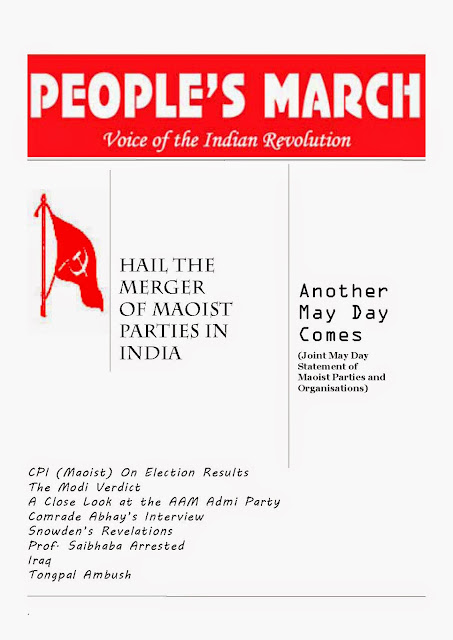 The Indian state, ruled by the Modi’s regime serving the Indian masters and imperialism, is developing a new stage of fierce repression on all fields with the aim to crush the people, stop the people’s war, attack the Maoists who lead it.
In order to speed up the plans of selling off the natural resources to the domestic and foreign MNCs, the Indian regime is restructuring its entire repressive apparatus: army, air force, police, paramilitary gangs.
They attack not only the “Naxalite threat”, but all the movements opposing their policies and resisting the ‘Operation Green Hunt’.
They also attack the democratic intellectuals, human rights activists and any dissenting voice is heard, to wipe out anyone around the people’s movements and the people’s war led by the Maoists.
They attack the adivasi populations living on the lands rich in natural resources, where the people’s war is stronger, to eliminate the new people’s power that is blossoming there.
In recent weeks, in particular, the Indian regime has widely touted the illegal arrests of estimated revolutionary intellectuals and social activists, already criminalized and forced to go underground and then branded as terrorists, whose only crime is the belonging to the CPI (Maoist).
Comrades Murali Kannampally and Ismail Hamza were arrested in the hospital of Talegaon Dabhade where the first was undergoing medical treatment, while comrades Roopesh, his wife Shyna, and others were captured in Coimbatore.
It is known that at least two of them have been denied legal assistance and medical care they need, while other prisoners revealed that, while questioning, the police threatened to take them to a forest and execute them in fake encounters or that their family will be arrested.
Under any kind of pretext, their illegal detention is extended and it is feared the resort to torture, as already occurred many cases. Against these arrests in the recent days there was a wide mobilization in India for the release of prisoners and to defend their living and detention conditions.
The persecution of intellectuals and democrats in the University never stopped.
GN Saibaba, professor at Delhi University, with a disability of 90 percent has been in prison for a year while the trial has not even started and the courts have repeatedly rejected his bail application, despite the evidence that he represents no danger and has no chance to escape.
Meanwhile, the witch hunt continues on students and intellectuals branded for ‘Maoists links’, threatened, harassed, arrested, detained for years waiting for a trial, that, when celebrated, at the end often will acquit them.
In India and around the world the initiatives of solidarity demanding their immediate release and the repeal of the draconian laws, a colonial heritage, applied to haunt them. The same laws used to sentence for life under ‘sedition’, Raja Sarkhel and Prasun Chatterjee, members of the Revolutionary Democratic Front, an officially not banned organization, along with Chatradhar Mahato and three other known activists of the people.
The Modi’s regime increases to a large-scale the repression and displacement, often with massacres, on the adivasis and people who resist the deportation from their land to give space to the big projects which will devastate their lands forever.
The CPI (Maoist) reveals how the Indian state is preparing a ‘Salva Judum 2′, the replica of the first Salva Judum unleashed in recent years. Salva Judum is the infamous name given to the paramilitary gangs of Hindu fundamentalists who were given free hand and full impunity for atrocities, fires, destruction, massacres, rapes, committed in the name of ‘development’ in many villages.
It is a new escalation of the war on the people lasting since 2009 – the Operation Green Hunt – that the struggling people’s masses and all the sections of the democratic opposition in the Indian society are countering on all fields, as occurred during the first Salva Judum, whose gangs were hit and defeated by the masses and the people’s war, led by the CPI (Maoist).
The initiatives of resistance to stop the war on the people multiply throughout India, while the people’s movement aiming to overthrow the ruling classes grows.
Repression will not stop but feeds the rebellion.
The comrades arrested are well-known and loved by the people, who express solidarity and intensify the struggle.
But we also urgently need to intensify the international and internationalist solidarity, that in recent years developed in many forms, to stop the genocidal hand of Modi and support the struggle of the Indian masses.
The International Committee to Support the People’s War in India calls the whole movement to mobilize in a protracted campaign of counter-information and exposure of the Indian regime and imperialism that sustains it.
Stop Green Hunt!
Defend the arrested comrades and political prisoners!
Support the struggling masses!
A month of activities and initiatives at the embassies, consulates, centers of economic interests of the Indian multinationals, public meeting to inform and develop people’s solidarity, to honour the martyrs of the revolution, presenting books and publications of the CPI (Maoist) and Indian intellectuals to learn about the situation in India and the advances of the revolutionary people’s struggle.
International Committee to Support the People’s War in India
20.05.2015