Rally held for Saibaba in Surrey 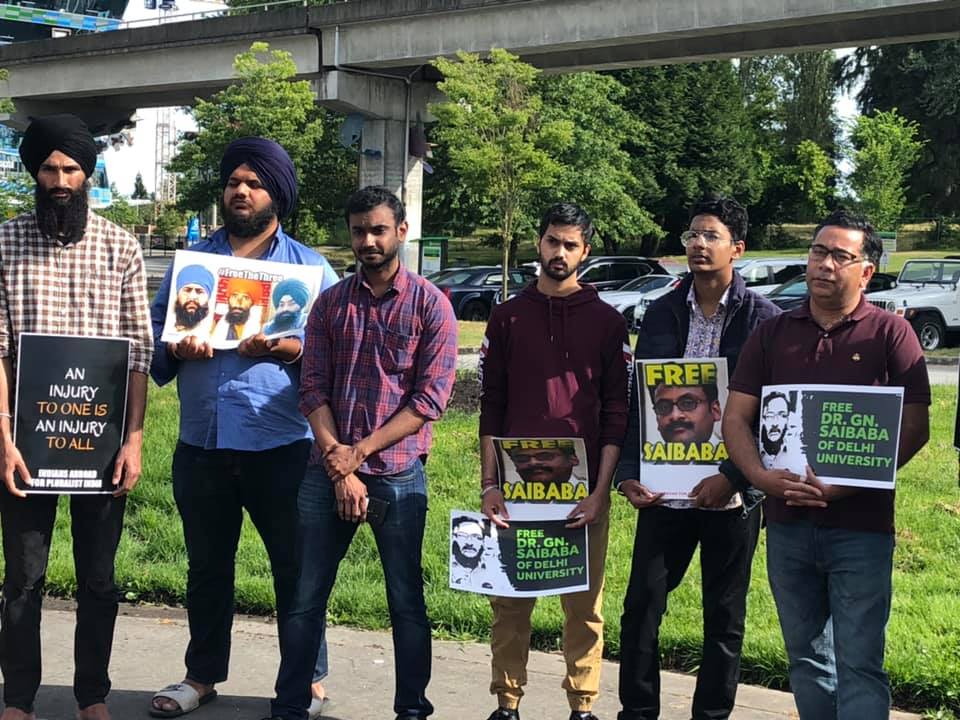 Dozens of political activists came together to raise their voices for jailed Delhi University Professor G.N. Saibaba at a rally held in Surrey on Sunday, June 16.
Organized by Indians Abroad for Pluralist India (IAPI), the rally was aimed at drawing international attention to the deteriorating health of physically challenged Prof. Saibaba who is being incarcerated under inhuman conditions by the Indian state.
Wheelchair-bound Saibaba is ninety percent disabled below the waist, and is suffering with 19 ailments. Yet, the Indian judiciary has refused to set him free on humanitarian and compassionate grounds.
So much so, the Indian government isn’t listening to the demand for clemency to Saibaba by international bodies, such as United Nations.
IAPI believes that Saibaba is being persecuted for standing for the religious minorities and other oppressed groups. He was given a life sentence after being branded as a Maoist sympathizer although he functioned as a responsible social justice activist and Human Rights Defender while remaining within the framework of the Indian constitution.
The speakers at the rally unanimously condemned the high handedness of the Indian state and asked for his immediate release. They also pointed out that the Indian courts are being selective, as they have already given bails on medical grounds to much more dangerous right wing Hindu extremists affiliated with the ruling Hindu nationalist Bhartiya Janata Party involved in violent acts, while Saibaba continues to suffer.
Among those who spoke on the occasion was Guru Nanak Sikh temple Surrey-Delta President Hardeep Singh Nijjar, who expressed his unconditional solidarity with Saibaba. Nijjar had earlier made an appeal to the community on social media to participate in the rally.
Amal Vincent from Teaching Support Staff Union came out to read a statement issued in support of Saibaba on the occasion. The statement has asked the Canadian government to urgently intervene into the matter.
None of the elected officials invited showed up. However, the Conservative Party candidate Harpreet Singh joined the rally and expressed his support for Saibaba.
Others who spoke on the occasion were progressive Punjabi poet Amrit Diwana, Barjinder Singh of Sikh Nation, Joseph Theriault from Communist Party of Canada (Marxist-Leninist), Guru Nanak Sikh temple Secretary Gurmeet Singh Toor, a visiting activist from India Rawait Singh from Saibaba’s Revolutionary Democratic Front and IAPI spokesman Gurpreet Singh.
The participants also raised slogans against state violence and carried placards asking for the release of all political prisoners, including Saibaba.
The rally was started with a moment of silence in memory of towering Indian film star and activist Girish Karnad, who passed away recently. He was in the forefront of campaigns against repression and growing attacks on religious minorities.
Fonte: countercurrents.org 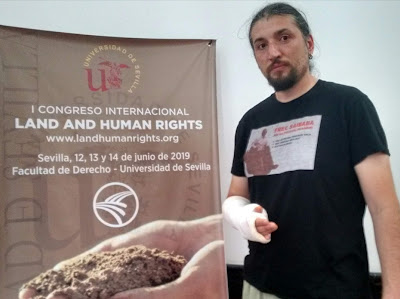 
In the International Congress "Land and Human Rights" held in Seville from June 12 to 14, and in front of a large group of right-wing professors and several trade unionists from the SAT / SOC, the social anthropologist Adolfo Naya in his speech against Operation Green Hunt , demanded the immediate freedom of Professor GN Saibaba, as one of the most critical voices against this genocidal operation, "talk of Professor GN Saibaba is to talk about Operation Green Hunt."
In his report he spoke of the Naxalite movement as the only alternative that Adivasis and the Dalit have to defend their land, forests and water, and to build another society, outside of the logics of death and destruction of capitalism.
He also requested all solidarity with the Naxalite movement to stop the genocide being carried out by the Hindu-fascist Government of Modi against Naxalite activists, Dalits and Adivasis. 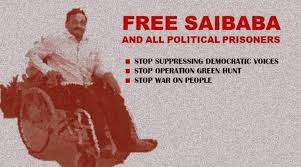