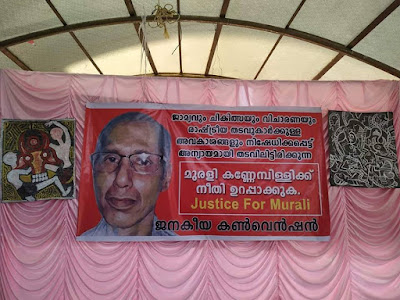 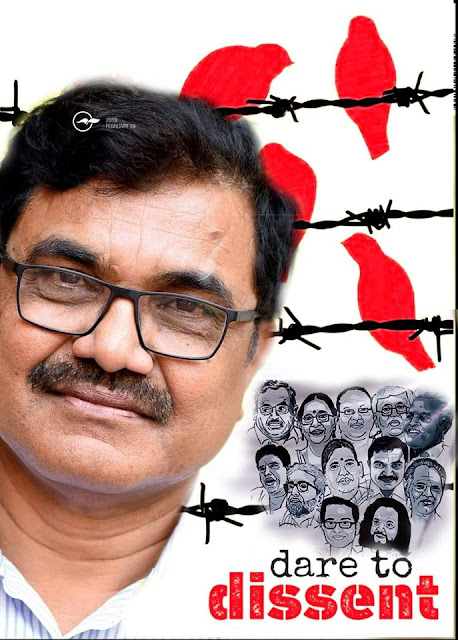 "Umma (my grandma, Shyna 's Ma), has been in the ICU since day before yesterday. She isn't doing well at all. Because the doctors said it won't be possible to perform a bypass surgery, she underwent an angioplasty which was also incomplete. She was to have her blood vessels expanded, continuously take medication and complete rest- not even lift a mug of water on her own. This was a few months ago- yesterday she has been admitted to the ICU because of severe breathlessness. Her heart is not functioning properly and her condition is critical.
Meanwhile, my mother, Shyna, who had been an undertrial political prisoner for three and a half years, was granted bail last August. Her bail was mainly granted citing Umma's health condition, mental stress, and how mine, and my sister Savera's education had been disrupted due to her absence. However, the bail conditions from different courts demand her to sign at multiple cities at multiple times of the day. Something humanely impossible, a memo was filed in these courts, except for Tiruppur court (due to some technical reasons). Even as all the courts agreed, this technical issue was cited when the judgment was passed, ordering her to sign at the Coimbatore Q-Branch office daily. For the past six months, she has been signing, without a single interruption, at the Q-branch office, four times a day, seven days a week. This became like her full time job, signing at half-hour intervals, waiting an hour by the station premises, and then signing the rest. By the bail conditions of different courts, she has to sign at multiple cities every day- however, that being something humanly impossible, a memo was filed in the respective courts. Due to technical reasons, this was not done in Tiruppur court. Even as all the other courts agreed for a relaxation, citing this, Shyna was asked to continue the signing daily at Coimbatore- from where she can't basically move. This is something she has duly done every day till now.
Yesterday, she had to leave to the hospital because of Umma's condition. She said that the court rejected her plea to stay with her mother, granting her just a single day's relaxation- while reprimanding her and asked her to strictly stick to the signing. The court earlier also rejected the demand even as all of Umma's hospital reports were shown, and her age, her high diabetes, and health conditions were cited. A rejection of just demands, and a neglect of basic rights by the courts.
Having lived a good portion of her life dedicated to Shyna and her daughters, having bravely resisted and fought all sorts of hounding and harassment by the state and police, Umma, now critically ill in the hospital, is still being mercilessly hounded by the state.
Translation : Ananthu Rajagopal-Asha