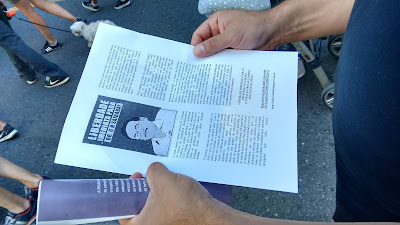 On July 25, the National day of Galiza, several solidarity activists with the serious situation of Professor GN Saibaba, distributed informative leaflets on the serious situation of the professor and those of the political prisoners in India, in the demonstrations that were celebrated in Santiago de Compostela where they claimed the right of self-determination and the independence of Galiza.
Postado por Comité Galego de Apoio a Guerra Popular na India às 5:56 p. m. No hay comentarios: 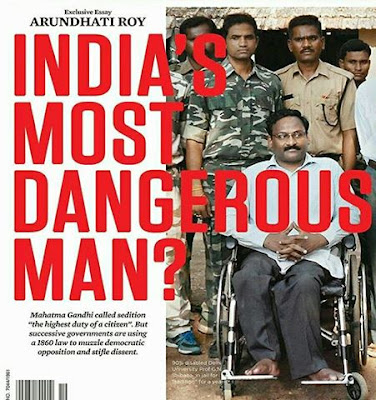 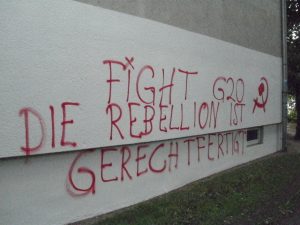 Against G20 Hamburg!
Against genocidal Modi!

On 7th and 8th of July the biggest genocidal in the world will meet in Hamburg at the G20 Summit. Among them, the slaughterer of Indian people Narendra Modi.
Modi is notorious for his brutal actions against Indian revolutionaries, national minorities and oppressed nations. He is also the main responsible for the massacre of Muslims in Gujarat.
Modi and his puppeteers from imperialist countries organize the brutal exploitation of people and resources of India and transform the country into an open-air prison of people to the benefit of the corporations linked to the imperialist countries.
The counter-revolutionary offensive “Operation Green Hunt”, a war on people aimed against the People’s War in India led by the Communist Party of India (Maoist) was upscaled by Modi.
The use of airstrike on the areas of the national minorities of Adivasis, in the regions where the People’s War is developed, and the deployment of more counter-revolutionary troops are supposed to drown the revolutionary war in blood. But the blood spilled feeds the revolution and the People’s War develops more, despite all difficulties.
Now the fascist Modi comes to the belly of imperialist beast in order to get instructions and advice on how to suppress and brake the revolutionary movement in India and the Indian People in general.
It is our duty here to show that even in the safe haven of imperialism a slaughterer of his own people as Modi is not welcome and will be badgered. We stand on the side of Indian people and the CPI (Maoist) that leads the People’s War to crush imperialism and its lackeys and to build the New-Democratic People’s Republic.

Down with the genocidal Modi!
Down with the Operation Green Hunt!
Freedom for Saibaba, Ajith, Kobad Gandhi and all political prisoners in India!
Long live the 50th anniversary of Naxalbari uprising!
Support the People’s War in India! 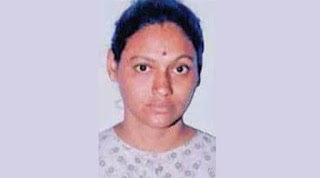