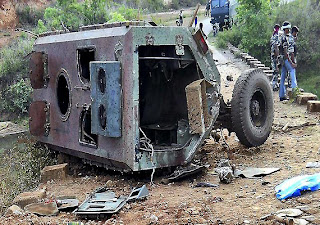 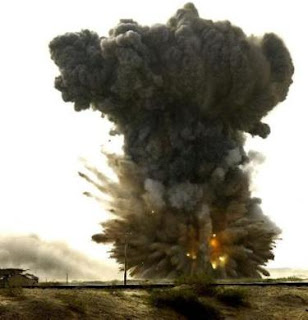 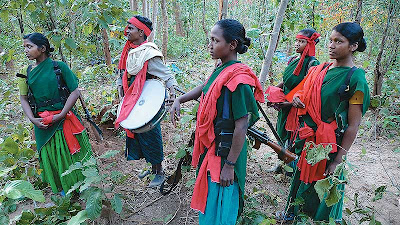 
We are on the side of Indian Maoists
PCm-Italy supports the ideology, the politics and the line of the
CPI(Maoist) and the people's war led by that Party and reiterates that the
ongoing people's war in India is not terrorism.
PCm-Italy calls the proletarians, the communist end revolutionary
organizations, the anti-imperialist forces in our country to stand in
solidarity with the masses uprising in India and the Party leading them.
The actions of this party and the people's war aim to fight the actions of
the Indian government, that launched a war on the people in India, including
the state of Orissa, where two Italian tourists are held.
The communiqué of the CPI(Maoist) we already published on this blog explains
the true reasons of that action, the objectives and demands, which we
support and share.
The action of the Indian Government consists of massacres, detentions,
tortures, rapes, deportations of entire populations, against the people of
the countryside and forests, against the People's Liberation Army led by the
Maoists, against the comrades of the CPI (Maoist), with targeted murders of
its leaders, as the recent murders of two beloved comrades, AZAD and KISHENJI.
Despite this, the people's war has never stopped, has withstood and has
expanded into other states, it is intertwined with mass demonstrations
against high prices, corruption, repression, with large strikes of the
workers and employees, such as the last one, adhered by 100 million workers
and workers, with a particularly strength in the states where the people's war develops.
The Indian government use a certain type of tourism to hit and criminalize
the people's war. First it has turned whole states like Orissa into war
zone, then it allows tourists to go there. So it is the government that puts
in dangers the foreign tourists.
PCm-Italy not only takes stand in solidarity with the masses of India and
their Party, but demands that the Italian government makes its best so that
requests of the Maoists are met, because they are right and respectful of
human and people's rights.
PCm-Italy launch a month of national campaign of information and
counter-information on India - for which a special newspaper is being
prepared - and calls to join and support the International Committee of
Support of People's War in India, that is preparing an international
conference of support on the PCm italy
March 25 2012
Postado por Comité Galego de Apoio a Guerra Popular na India às 11:31 a. m. No hay comentarios: 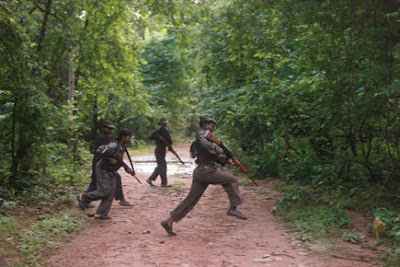 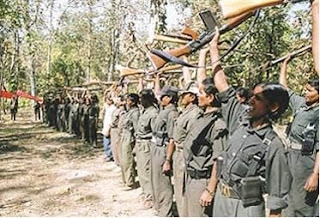 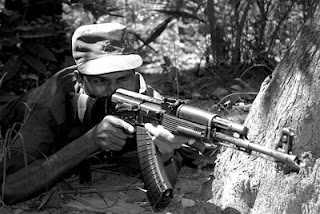 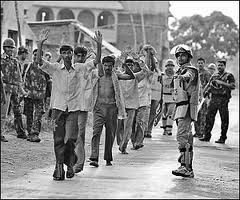 
Both the two women comrades arrested – Vijaya and Suman – have been undergoing medical treatment for some time staying in the shelters outside the struggle zones. Particularly, comrade Vijaya has been suffering from serious heart problems.


The police forces, better known for worst kind of cruelty, have been torturing these comrades mentally and physically in custody. They have foisted several false cases against these comrades so that they could be languished behind the bars forever.


On one hand the ruling classes are asserting that these arrests are a big success for them and on the other hand, they are trying to portray our comrades as dangerous criminals claiming that they have recovered huge amounts of cash and other material that is used for making arms.


These arrests are nothing but a part of Operation Green Hunt (OGH), i.e. the ‘War on People’, which has been underway since 2009. The comprador ruling classes in connivance with their imperialist masters, particularly with the US imperialists, have unleashed this brutal war of suppression in the poorest parts of India so that their neo liberal policies of plunder of resources could get going unhindered. They are particularly targeting the revolutionary leadership and eliminating them. As the Pentagon itself claimed recently, the US Special Forces are not only actively involved, but also assisting their Indian counterparts on the ground in the counter-insurgency operations aimed at eliminating the revolutionary leadership. This fact also shows us that the US has been patronizing in the ongoing OGH making the values such as freedom, independence, and sovereignty of our country a joke. The exploiting rulers of our country are daydreaming that this movement can be suppressed if its leadership is wiped out.


Revolutionary movement cannot be crushed with arrests and murders. The bars of the dungeons can not restrict the revolutionary ideas from spreading among the vast masses.


The CC of CPI (Maoist) strongly condemns these arrests and inhuman torture being inflicted to them. We demand immediate and unconditional release of these comrades, as well as all of the political prisoners languishing in various jails in all corners of our land. We also demand to lift all the false cases foisted against these comrades. 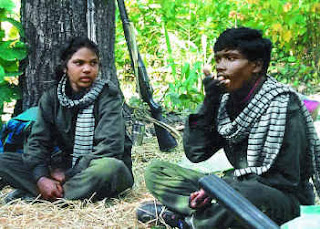