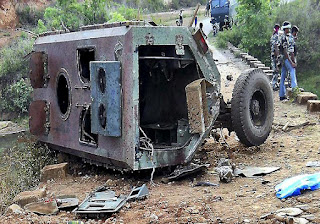 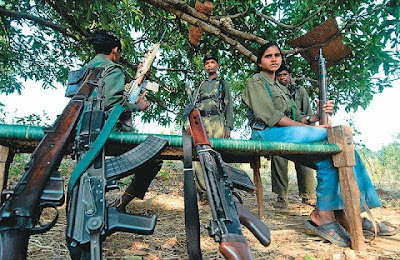 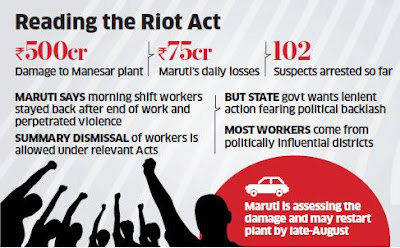 All India Executive Committee of Revolutionary Democratic Front (RDF) -- Three Resolutions (approved at meeting in Delhi, 1-2 August 2012) (after the First Conference in Hyderabad on 22-23 April 2012).

RDF hails the militant movement of the workers of Maruti Suzuki factory at Gurgaon, and strongly condemns the management of the company as well as the government who have undertaken a severe repressive campaign against the workers. The company has declared a lock-out which leading to the loss of jobs of thousands of workers. More than a hundred workers including the office-bearers of the Maruti Suzuki Workers' Union have been arrested and charged with murder, while most of the other workers have been forced to go underground to avoid arrests. RDF resolves to extend solidarity and all possible support to the struggling workers of Maruti Suzuki. RDF demands that the plant be immediately reopened, the arrested workers be released, the cases against them withdrawn unconditionally, they be restored to their previous jobs, and all the demands of the workers' Union be resolved forthwith. We call upon the workers to continue and step up the struggle till these demands are achieved.

2. On communal clashes in Asom

There have been widespread clashes between peasants belonging to the Bodo tribal community and Bengali Muslim peasants. The violence has spread to four western districts of Asom - Kojkrajhar, Dhubri, Chirang and Gossaigaon - leading to the death of over a hundred people and rendering lakhs of people homeless who are living in government-run refugee camps. Even though on both side of the divide are mostly small peasants and landless people, and is a contradiction among the people, the devious role of the ruling classes have transformed it into an inimical contradiction. The attacks on the Muslim peasants in particular strengthens the Hindu communal forces. And it is not the first time that the rulers have instigated such communal violence between these two communities in this region. On many occasions in the past a large number of people from both sides have lost their lives and hundreds of thousands lost their property. The unresolved land question has been made use of by the ruling classes to instil suspicion, hatred and violence between these two sections of the people, who are both oppressed by the exploitative social relations. All so-called communal clashes are always state-sponsored. In the absence of a progressive or revolutionary force among the people, such incidents are going to be enacted repeatedly by the rulers to consolidate their own rule and to divert the attention of the masses from the real issues. RDF stands by the affected Bodo and Bengali peasants of western Asom.

3. On caste atrocities that are taking place across India

Several incidents of caste atrocities on Dalits have been committed by the dominant caste forces in different parts of the country - spanning from Bolangir of Odisha to Lakshimpeta of Andhra Pradesh and recently in Bhagana in Haryana, in Uttar Pradesh, Bihar and in other places. While the massacre of five Dalit peasants in a gruesome manner in Lakshimpeta village by dominant caste landowners and rich peasants have shaken the country, other incidents of casteist attacks like the burning of houses and assault on 60 dalit families in Bolangir or the social boycott and banishing of 128 Dalit families in Bhagana have not attracted much attention from the progressive and democratic sections of the country. In Lakhsimpeta, the landed section of the Backward Caste Kapus have adopted the brahmanical ideology as a result of their acquisition of private property - most importantly, land, and became perpetrators of caste violence on the 'untouchable' Mala people. Lakshimpeta massacre also involves the questions of dam and displacement, since the people of the village are evictees of a dam constructed by the government. While other evictees got compensation and land from the government, Dalits could get nothing and lost everything due to this forced displacement.
Caste atrocities in UP and Bihar too are being perpetrated on a daily basis, including the murder and rape of Dalits, without any visible protest or resistance. Land is the central question in most of these incidents of atrocity in rural India which takes the form of caste violence. Moreover, the dominant castes resort to brutal caste violence whenever the Dalits assert their independence and freedom, challenging the dominant castes. Class struggle and class violence often takes the form of casteist violence and repression in a semi-feudal and semi-colonial country like India which has the specific attribute of brahmanical caste system. This shows the entrenched nature of feudalism in Indian society and the need to intensify the anti-feudal struggle as an immediate and urgent task before a revolutionary organisations like RDF and its constituent mass organisations. The complicity of the ruling classes in instigating and perpetrating caste violence is apparent in each and every incident of attack on Dalits, whereby the administration and the police invariably side with the dominant castes and further oppresses the Dalits. The Supreme Court's acquittal of the culprits involved in the Baithani Tola massacre in Bihar and of similar bloodbaths of Dalits show that Dalits cannot expect any justice and fairness from the existing system, nor will the attacks on Dalits will stop unless there is organised resistance and retaliation on the part of the Dalits and other oppressed people.
It should be also understood that the spiralling world economic crisis has been showing its ugly manifestations in the form of fascist attacks by the dominant ruling classes/castes and their state on Dalits, Adivasis, Muslims - the most vulnerable sections of the oppressed people.
The attacks on Dalits and their conscious assertion however is not confined only to the rural areas. Even in urban areas Dalits face the ire of the dominant castes as well as the Indian state. For instance, the workers of Maruti Suzuki factory in Gurgaon started their recent agitation when a Dalit worker was humiliated and targeted by the management on caste lines. We have also witnessed the state's persecution of Kabir Kala Manch- an Ambedkarite cultural organisation which espouses the ideals of New Democratic Revolution working in urban Maharashtra. To counter the incidents of caste violence - whether perpetrated by the dominant castes, the ruling classes or the state - retaliation is the only answer. RDF calls upon the Dalits to fight back all occurrences of caste violence. RDF calls upon all its constituent organisations to participate and lead retaliations against the violence of the dominant castes in their areas of work. RDF will launch a militant and aggressive campaign against incidents of caste violence
Postado por Comité Galego de Apoio a Guerra Popular na India às 11:19 a. m. No hay comentarios: 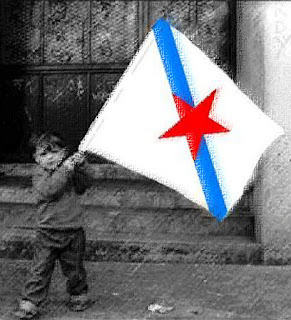 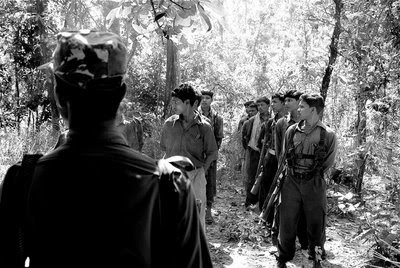