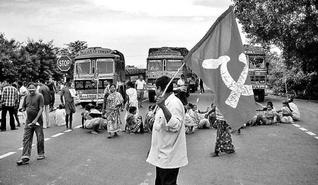 Warangal: The State government has ordered magisterial inquiry into the encounter in which two Maoists, including a woman, were gunned down in Govindaraopet mandal forests in Warangal district on September 15. The In-charge District Collector Sarfaraz Ahmad, in a statement here on Monday, said that a magisterial inquiry was ordered into the exchange of fire that took place at Rangapuram forests under Govindaraopet mandal. The Mulug Revenue Divisional Officer has been appointed as the investigating officer to inquire into the incident, he added. Meanwhile, TPCC official spokespersons Dasoju Shravan and A Dayakar demanded a CBI probe into the encounter.
The Congress leaders along with the students from Osmania University met and consoled the family members of Maoists Shruthi alias Mahitha and Vidyasagar Reddy alias Sagar here on Monday. Speaking to the media on the occasion, they alleged that the police had murdered the Maoists in fake encounter. The State government, which promised that there would be no encounters in Telangana State and implement Maoist agenda, was resorting to killing of Maoists in fake encounters.
The encounters were murders by the government, Shravan and Dayakar said. They demanded that criminal cases be registered against the police personnel who took part in the encounter. On the other hand the leaders of People’s JAC appealed to the State Human Rights Commission to probe into the killing of Shruthi. The JAC leaders P Kiran Madiga, G Dayakar, C L Yadagiri and others submitted a memorandum to the Commission in this regard. They alleged that the woman Maoist was abused sexually and attacked with acid before being killed. The leaders also appealed the Home Minister Naini Narsimha Reddy to order probe into the incident.
Postado por Comité Galego de Apoio a Guerra Popular na India às 2:35 p. m. No hay comentarios: 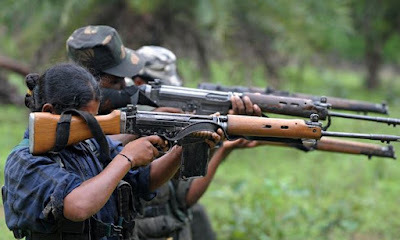 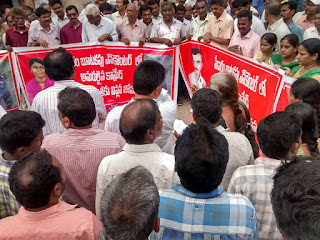 Telangana Government Killing Its Own People!!!

Shruthi Thangella Killed After Vivek Kodamangundla by the Telangana Police.
Another Bright Student Thangella Shruthi (M.Tech) and Vidyasagar (Graduate) both from Warangal district were martyred this morning in an alleged encounter with police in Eturunagarm forests.
Both of them struggled for the cause of separate telangana state and were killed by the same telangana state police!!! Shruthi was recruited into CPI (Maoist)party in late 2014 & Sagar very recently.
Shruthi is the daughter of Thangella Sudarshan, a teacher, Telangana poet and a serious activist of Telangana movement from the times of 1990. The whereabouts of Sagar are yet to know.
Vivek Kodamagundla (19 Years Old) an other serious fighter of telangana state was recently killed by the same telangana police in Telangana-Chattisgarh border!
Shame on you KCR, Shame on you bloody TRS.
You are killing our own Telanganites who fought more seriously than you for Telangana cause....
Long Live Thangella Shruthi & Vidya Sagar.
Long Live CPI Maoist Party. Long Live Revolution.
Postado por Comité Galego de Apoio a Guerra Popular na India às 7:00 p. m. No hay comentarios: 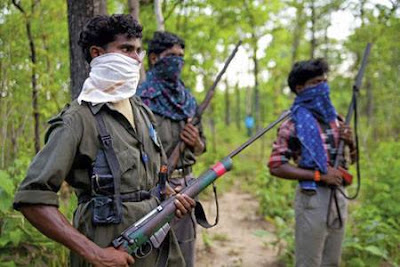 My arrest was an attempt to terrorise student community, says Hem Mishra

“Our system is scared of those (people) who raise their voice against its injustice. It (system) is scared of the people’s voice.
Students and activists, who expose failures of governments, are viewed as a threat by the establishment and the state wants to destroy this threat,” opined Mr. Hem Mishra, a student of prestigious Jawaharlal Nehru University after his release from the Nagpur central jail on Tuesday.
Mr. Mishra was arrested by the Maharashtra police in August 2013 on charge of being a Maoist courier. The Nagpur Bench of Bombay High Court granted him conditional bail last week. He calls himself a “cultural and student activist” and says that he was a victim of the “establishment’s insecurity” with the voices against injustice which makes it target those who expose its failures.
“I was never arrested from Gadchiroli as claimed by the police. They (police) forcibly detained me from Ballarashah railway station in Chandrapur district of Maharashtra on August 20, 2013, and kept me in illegal detention for 80 hours. They inhumanly tortured me for the next 27 days and were forcing me to accept a story created by them. I was going to Hemalkasa village to meet Dr. Prakash Amte. I have no connections with the Maoists,” Mr. Mishra told The Hindu after his release from jail.
‘Disturbing trend’
When asked as to why the police branded him a Maoist, the JNU student said, “We are witnessing a trend in India these days. Whoever raises his voice against injustice or against the atrocities of the establishment, is being branded Maoist. Every protest, be it against displacement, deforestation or atrocities, is being crushed by labelling it as Maoist sponsored. In my case, I was kept in jail for the the last 2 years and 19 days because I expressed my disagreement with injustice through my songs and student protests.”
He also claimed that by targeting him, the state wanted to send a signal to the student community in India which is the mainstay of many protests.
“The main motto behind my arrest was to terrorise the student community in India,” said Mr. Mishra. Asked about his future course of action which includes a long legal battle and an incomplete course of the Chinese language at the JNU, the cultural activist said that he was confident of being acquitted.
“As far as protest against injustice, I believe there is nothing illegal in it. Every citizen should raise his voice against injustice and I will continue to do that,” added Mr. Mishra, who was kept in the secluded “Anda cell” of Nagpur central jail for more than a year. (TheIndu.com)
Postado por Comité Galego de Apoio a Guerra Popular na India às 11:07 a. m. No hay comentarios: 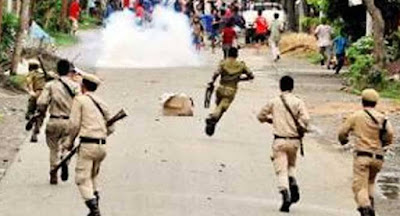